Solid Surface is a high-end material that is very well known for its many qualities and virtues.

First of all, what is Solid Surface?

First of all, Solid Surface has several names, it is also called synthetic resin or synthetic stone but it is more commonly called Corian® or Krion® which are simply the brands of the latter. Solid Surface is an eco-friendly material, which is composed of 2/3 natural mineral and 1/3 acrylic resin. This eco-friendly material is 100% recyclable, in fact it can be reused, which avoids the consumption of new natural resources. It owes its reputation to its many qualities which make it a unique material, which is highly sought after for the realisation of various projects. It has many advantages such as

- Fire resistance, it is considered practically fireproof as it does not allow the spread of fire, it complies with UNE-EN 13501 standards.

- The Solid Surface can be repaired using a two-component adhesive compound and then a repair patch is added to fill in the impact or cracks.

- Resistant to extreme environments, Solid surface is adapted to withstand extreme outdoor conditions, it can be used in marine environments as well as in freezing temperatures. It is rot-proof and therefore suitable for use in outdoor constructions.

- The material is non-porous and will not stain or scratch. This anti-bacterial material does not allow any bacteria or fungi to spread. These properties are highly appreciated, especially when used in structures with high hygiene and sanitary requirements.

- Its joints are imperceptible, and the bonding of the panels is carried out with an adhesive whose composition makes it possible to obtain imperceptible joints. Therefore, there is no possibility of bacterial growth.

- Thermoforming, one of the particularities of synthetic resin is the possibility of being bent by heat and maintaining its resistance. This allows the creation of original shapes or curves, and gives free rein to the imagination of its architects.

- Backlighting, is a technique that allows creations with luminous effects thanks to different thicknesses of panels. This technique is mainly used for illuminated signs, signage and shop fronts.

Thus Solid Surface has various advantages and properties, which make it a totally versatile material. 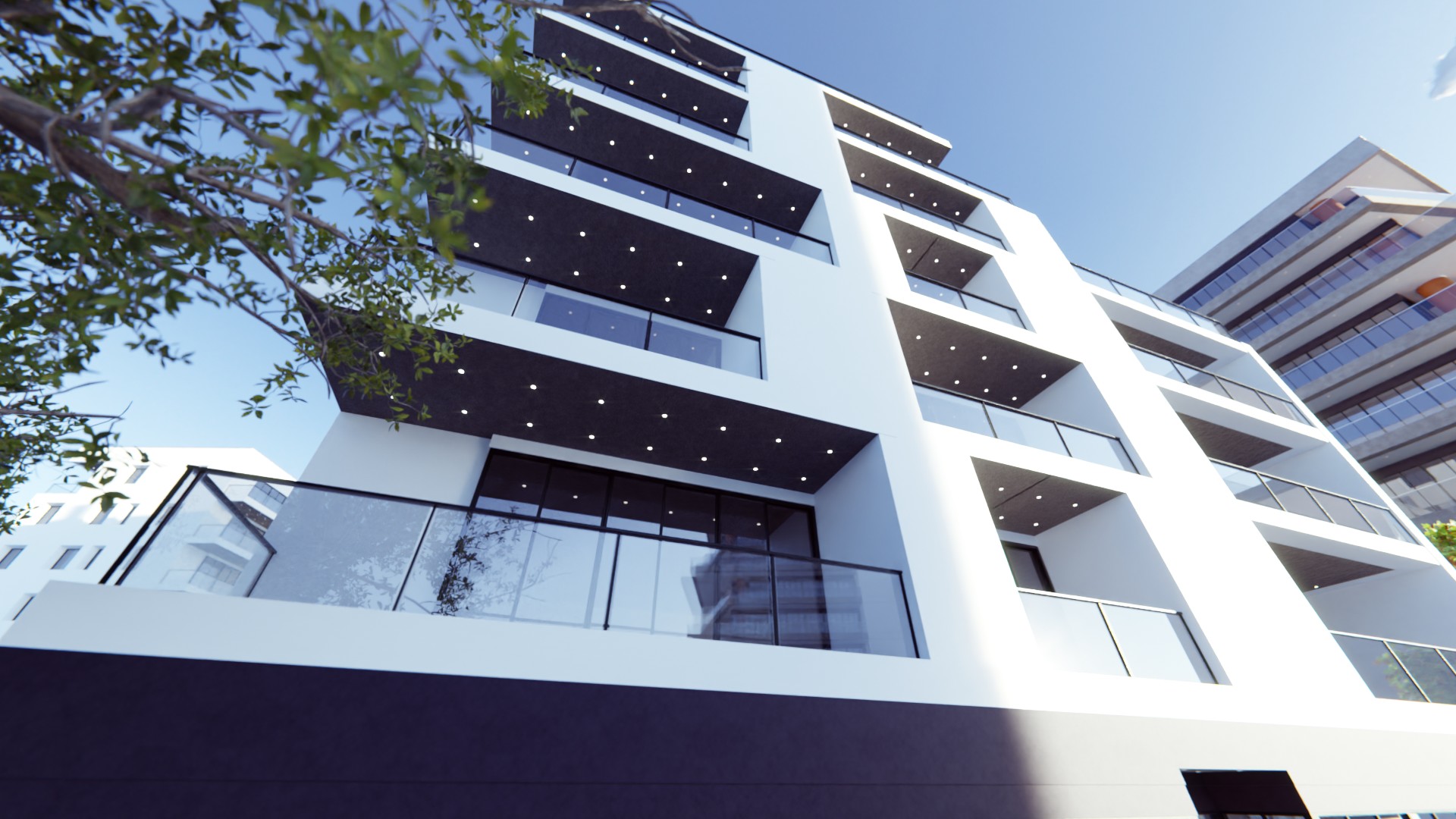 Building facades made of Solid Surface. Synthetic resin is one of the most popular materials among architects, not least because of its many qualities: a material that is robust on the outside and remains intact over time. The majority of the colours are resistant to sunlight and therefore have long-term stability.

Only the Krion® k-life range and certain colours are sensitive to UV and sunlight. For K-life, the activation of sunlight on its surface means that the sun will reflect and eliminate bacteria. This is one of the specificities of this range. It is self-cleaning, antibacterial and has purifying properties. In addition, it is an excellent thermal insulator and a perfectly waterproof material that does not allow water to penetrate. Thanks to its non-porous properties, there is no risk of the material drying out.

It is widely used for hotel and commercial facades, and its many possible uses allow architects to give free rein to their creativity. Indeed this natural material, thanks to its composition of a mixture of acrylic and minerals, allows to combine a certain harmony with the environment which surrounds it and its capacity to become a quite surprising decorative art. Moreover, this material reflects light perfectly, which gives it a very pleasant and homogeneous visual aspect.